We have the experience to get the results you need 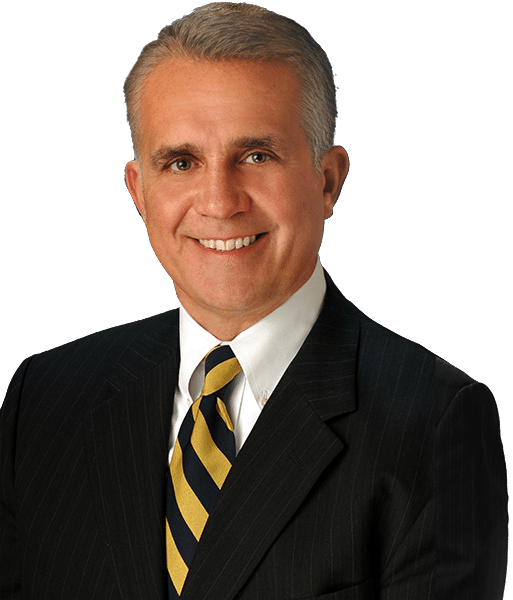 $5,000,000 - Hand amputation sustained in factory work incident. 28 year old father suffered crushed fingers and hand in pinch point rollers on a metal cutting machine. Our client was working as a machine operator. He was putting tape on the rollers when a co-worker mistakenly pushed the roller start button. Allegations were that the defendant manufacturer failed to provide readily available safety guards and devices. Our client underwent 17 surgeries. Medical expenses were in excess of $500,000. Recovery included waiver of workers compensation liens, contribution by employer's work liability coverage, and payment from manufacturer liability policy.

$3,950,000 - Mediation recovery for man who suffered quadriplegia injury as a result of a fall down incident. Our client was an anesthesiologist reporting for duty at a hospital.  In the hospital lobby one of the elevators was under construction. The hospital  placed a buckled floor mat that caused our client to stumble and fall. We got testimony from the former head of housekeeping that mat was prone to folds and was not taped to the floor.  Our client caught the heel of his shoe on a buckle in the mat and fell backwards and struck the back of his neck on a couch adjacent to the elevator. He is paralyzed for the rest of his life.

$1,500,000 - Recovered for leg crush injuries sustained by a 31 year old truck driver at a truck repair facility. Our client, a married father of 2 young boys, was seriously injured when a truck at a repair facility was accidentally placed into gear, lurched forward, and pinned our client between two trucks. The allegations against the shop owner included its failure to institute safe truck maintenance policies because it allowed the striking truck to be in close proximity to other vehicles, and that it failed to place wheel chocks under the truck to prevent its inadvertent movement. The allegations against the other truck driver included his negligent operation of his truck in the proximity of other people within the shop. As a result of the impact, our client was hospitalized for a week and over the next year had more than 24 drainage procedures to remove the accumulation of fluids in his legs. The diagnoses of his injuries was Morel-Lavelee lesions which is an internal degloving that involves the shearing of the internal muscle and other tissues. He missed extensive time from his work, and was unable to be of assistance and care at home and for his family for an extended time.

$1,275,000 - Mediated recovery for 58 year old elevator mechanic that slipped and fell on slippery coating on the roof of a high rise. He and his co-workers were on the roof attempting to access the elevator housing. Client had multiple back surgeries and now walks with a cane.

$900,000 – Recovery for our client as a result of a stool collapse at a laundromat. Rotator cuff torn needing 3 surgeries including total shoulder replacement. BLG’s client was playing a video-gaming machine while waiting for her laundry to finish its cycle when the provided stool unexpectedly collapsed. Upon inspection, the stool was made in China, sold in Walmart listed as “not for commercial use” with a weight limit.  The defendant-laundromat and defendant-video-gaming company disputed ownership and placement of the stool, but were unable to locate the stool. BLG faced significant obstacles in the litigation of this matter including a defendant bankruptcy, continuance of a jury trial due to the COVID-19 pandemic, and defense attorney.

$862,000 - Arbitration award for severe ankle fracture with surgery after fall in hole at farm in Iowa.

$650,000 - Arbitration Award. Our 52 year old client, a heating and air conditioning mechanic, was injured in a rear collision by an underinsured motorist. Our client suffered shoulder and back injuries. His treatment included shoulder surgery and implantation of a spinal cord stimulator. The Award was entered by a 3 arbitrator panel on our client's Underinsured Motorist coverage claim against his own insurer. His insurance company hired "an accident reconstructionist" to testify that the collision was low speed and thus not likely to result in an injury. They also hired an orthopedic surgeon to testify that our client had pre-existing shoulder and back conditions that would have eventually resulted in deterioration and treatment.

$600,000 - Settlement for woman with brain injury when knocked down by tractor trailer in low-speed collision.

$475,000 - For wrongful death of truck driver injured due to defective vehicle and failed safety procedure at loading dock. Fatal crush injury was captured on videotape.

$400,000 - Disability insurance policy claim resolved at federal court mandated mediation.   Our client was a physician who developed a medical condition that impaired her ability to properly and fully perform her professional occupation tasks. Insurer denied claim for 4 years until weeks before trial.

$390,000 - Mediated settlement for 10 year old child who suffered near drowning in hotel pool and suffered anoxic brain injury requiring special education due to disabilities. Child was under water for 6 minutes and survived due to mammalian response of body which shut off breathing and thus preserved her brain.

$370,000 - Plus waiver of $300,000 - workers compensation lien on product liability claim. Client injured when nuclear medicine shipping box handle broke. Uncovered evidence was that box handle regularly broke and manufacturer and distributor failed to alter design and failed to warn of problem. Box was discontinued and new safe device in place.

$310,000 - Premises liability case wherein our client sustained fractures and ligament tear to her elbow. She fell as the result of the defective front steps of the home she and her family had leased for 20 years. The front steps of our client’s home were worn and pitted. The stairway failed to have a handrail as required by the local building code. However, Defendant-landlord’s arguments of our client’s continuous possession of the property for 20 years, knowledge of the stairs being dangerous prior to the fall, and access to multiple other means to exit the home were substantial obstacles to recovery. BLG overcame multiple motions to dismiss and motions for summary judgment in this multi-party litigation in obtaining the substantial recovery for our client.

$300,000 - Recovered for family on accidental death insurance policy in federal court litigation. Insured father and husband, a Vietnam War veteran with history of emotional disturbance and substance abuse, was found dead in body of water in neighborhood pond. Insurer denied claim based on alcohol in blood levels and recent suicidal ideations.

$300,000 - Recovered from employee life insurance policy benefits obtained on behalf of children whose father was killed in a work-related incident.

$285,000 - Settlement for pedestrian struck in ankle by vehicle driving on sidewalk.

$250,000 - Liability policy limits recovered for 65 year old female pedestrian who was struck while in a crosswalk by a driver (who was a physician). Our client was on her way to pick up her grandson from a Chicago elementary school. The at-fault driver was looking for a parking spot and was going to pick up her daughter at the same school. The at-fault driver apparently did not see our client in the crosswalk and struck her at a low speed.

The impact caused injuries to our client’s head neck and right knee. She was diagnosed with a concussion, cervical disc herniations and a right knee lateral meniscus tear. She initially received injections, medication, and physical therapy. Due to unrelenting pain and disability she ultimately received surgery to her knee. An underinsured motorist claim is pending.

$250,000 - Mediation recovery for 20-year-old college student due to 30 foot fall through rooftop skylight while at party.  Client sustained multiple injuries including wrist fracture requiring surgery, hip fracture and facial scarring. Evidence was that property owner new that tenant had partied on roof and that rooftop skylights were in bad condition.

$225,000 – Judge mediated settlement for our client who slipped and fell on a jet bridge adapter. She sustained a torn meniscus, while boarding an airplane. Our client was an active woman that enjoyed over five decades of hiking and downhill skiing prior to this injury. The Defendant-airline argued that BLG’s client had extensive osteoarthritis in her knee as a result of her active lifestyle, and BLG’s client’s own orthopedic surgeon could not rule out the injury had pre-existed the fall.

$225,000 - Arbitration award to woman bit in hand by sister’s dog while at sister’s house for Christmas.

$215,000 - Truck driver injured when he stepped on cardboard box placed between back of truck bed and dock obscuring gap where driver fell.

$160,000 - For ankle fracture due to fall on snow and ice on apartment steps. Landlord provided in lease that he would repair steps and provide lighting which he failed to do.

$130,000 - Recovered for a 65 year old woman, a wife and mother, who is employed as a professional benefits consultant. She slipped and fell on frozen coffee in underground Pedway in entrance of Block 37 mall. Our client fractured her forearm bone (ulna) and required an open reduction and internal fixation. Evidence established that property management security service notified  housekeeping of frozen coffee however security did not secure, barricade against or warn of the hazardous condition prior to the slip and fall.

$100,000 - Recovered for slip and fall injury in currency exchange. Rotator cuff surgery required. Defense contended natural accumulation of water in premises for which it was not liable under Illinois law.

$100,000 - Recovery of life insurance policy proceeds for unmarried life partner in dispute with children of deceased.

$37,500 - Arbitration award for our client who suffered traumatic amputation of finger tip when moving truck lift closed on his finger ; recovery received from truck rental company; our case alleged failure of company to instruct users on safety rules for using lift gate.

This is a sampling of our successes. Our firm’s past results do not guarantee a similar outcome will be negotiated in your case. It is important for an attorney to carefully review the unique facts and legal issues that are involved with your case.