On the heels of a recent fatal shooting of a 46 year old Uber driver in Chicago, rideshare drivers and supporters held an emotional rally last Friday, April 2, 2021 outside Uber’s facilities. Demands for Uber to implement safety measures had been made by the Independent Drivers Guild (IDG) prior to the tragic death of Uber driver Javier (Javy) Ramos on March 2, 2021.

The murder of Javy Ramos was fresh on the minds and hearts of Ramos’ grieving family and other rideshare drivers. The family of Mr. Ramos attended and participated in the event, including Hortensia Ramos, a cousin, who made an impassioned speech at the rally. Javy Ramos, a father of a 9 year old daughter, was working for Uber in the early morning hours of March 2, 2021 when he was fatally shot in the head and then the assailant ran him over with his own car.

Information about the passenger assailant and the incident has been scarce according to family members as Uber and the Chicago Police Department have not provided meaningful evidence including the identity of the assailant or assailants. This is an additional source of angst for the Ramos’ family.

Kevin Nelson, an Organizer of The IDG  of Chicago spoke both publicly to the crowd and individually with attendees afterward. Amid concern for the safety of all rideshare drivers, Lenny Sanchez, an organizer with the Independent Drivers Guild, said he would like to see a passenger verification process that incorporates credit card information and a “selfie” photo taken by the passenger.

Demands of the Drivers Guild include:

The demand had been directed to Uber Chief Executive Officer Dara Khosrowshahi on March 9, 2021, prior to the murder of Mr. Ramos. The letter from the Independent Drivers Guild referenced the recent carjacking of rideshare drivers in Chicago and the critical injuries often resulting from gunshot wounds.  https://www.msn.com/en-us/travel/travel-photos/amid-carjacking-epidemic-rideshare-drivers-call-on-lawmakers-to-require-stronger-app-security/vp-BB1eYNMI 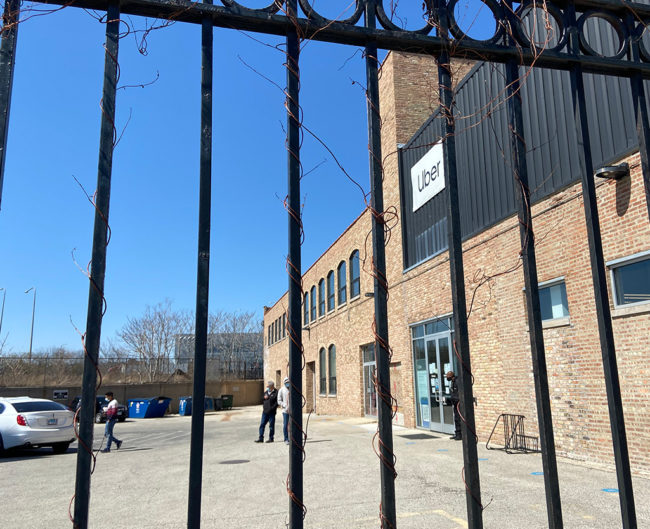 The letter states that “Offenders are able to exploit the Uber app by creating passenger accounts with anonymity.” The letter asserted that passenger anonymity resulted in a lack of information about perpetrators assaulting drivers, and that injuries and property loss leads to significant loss of income.

Supporters of the safety measures have encouraged concerned citizens to contact their elected representatives to let them know of support for laws designed to increase carjacking deterrence. The family has offered a reward leading to the arrest and prosecution of offenders involved in the murder of Javy Ramos.