Am I Covered in a Serious Accident with an Uninsured Driver?

Am I Covered in a Serious Accident with an Uninsured Driver? 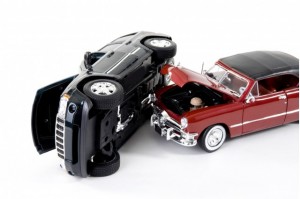 Allstate Insurance Company violated the consumer protection purposes of the Illinois Underinsured Motorist Statute when it denied recovery of underinsured motorist to an injured passenger. The Illinois Appellate Court reversed a trial court order that upheld Allstate’s assertion of a policy set off clause. The Appellate Court ruled that public policy prohibited Allstate from denying underinsured motorist coverage based on a policy exclusion.

The Appellate Court opened by stating that the underinsured motorist coverage (herein “UIM”) is a statutory creation. The purpose of UIM coverage is to put the insured in the same position as if injured by a motorist with insurance in the same amount as the UIM policy. The American Access insured had just $20,000.00 in liability coverage while the Allstate UIM coverage was $100,000.00. Trujillos’ assertion was that $80,000.00 in UIM coverage was available to her. Trujillo cited the Illinois Supreme Court decision Hoglund v. State Farm Mutual Automobile Insurance Co., 148 Ill. 2d 272 (1992) to support her argument that allowing a setoff when no danger of double recover exists violates public policy.

In Hoglund, the Illinois Supreme Court determined that the public policy behind the uninsured motorist statute was to place the insured “in substantially the same position as if the wrongful uninsured driver had been minimally insured.”

(Same purpose is behind underinsured motorist statute. Susler v. Country Mutual Insurance Co., 147 Ill2d 548 (1992)). The Supreme Court in Hoglund saw that literal interpretation of a setoff provision would allow a complete exclusion of coverage. The Court, however, determined that a setoff provision must be read in the context of: 1) the insured’s reasonable expectations, and 2) the public policy behind the statute.

The Supreme Court noted that the insured policyholder in Hoglund “paid a premium” for uninsured motorist coverage and “reasonably expected coverage for damages caused by an uninsured up to that amount.” The Court in Hoglund concluded that allowing the insurance company to assert a setoff to limit an injured insured’s recovery frustrated the public policy behind the uninsured motorist statute. The setoff provision was also contrary to the insured’s reasonable expectations of not being limited in their recovery by an insurance policy limitation or exclusion. The Court ruled that the insurer’s attempt to limit coverage denied plaintiffs the “very insurance protection” for which they paid premiums. These circumstances created a latent ambiguity which barred application of the setoff clause.

The Appellate Court proceeded to discuss two cases in which it “extended” Hoglund. In Gibbs v. Madison Mutual Insurance Co., 242 Ill. App. 3d 147 (1993) the court applied the reasoning from Hoglund and ruled that stacking of policies was allowed in order to fulfill purpose of the coverage and public policy behind such protection. The Gibbs decision disallowed the insurer’s attempt to use exculpatory language. In King v. Allstate, 269 Ill. App. 3d 190 (1994) (which the Court noted Allstate did not cite here in spite of the fact Allstate was a party in that case) the First District in King ruled that Allstate could “only set off amounts received from other policies to the extent necessary to prevent double recovery.” The Court thus ruled that Gibbs and King controlled. The Court determined that the Zdeb,Kim and Pahn cases cited by Allstate were inapplicable.

The Trujillo decision reaffirmed the viability of the reasonable expectations doctrine and it reaffirmed the public policy behind underinsured motorist coverage. Although insurers will seek to limit their exposure, insureds are entitled to be placed in the position as if the adverse motorist had adequate liability limits.

Looking for more great information about car accidents and insurance? Here are some other articles on our site that you will enjoy:

How Much is my Uninsured Motorist Claim Worth

Winning Against Substandard Auto Insurers: Who Is a “Resident” Under an Auto Policy?

Winning Against Substandard Auto Insurers: Who Is a “Resident” Under an Auto Policy?

Who Pays if the Other Driver Has No Insurance?

Who Pays if the Other Driver Has No Insurance?

Who Are Substandard Auto Insurers?

Who Are Substandard Auto Insurers?